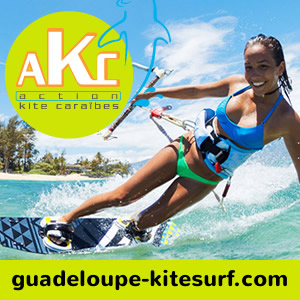 Action Kite Caraibes teaches all levels of kitesurfing. Suitable for first time and advanced kiters. They also teach foil boarding, and have gear for every wind level. They launch from boat in a safe lagoon. With more than 15 years of kiteboarding teaching experience they can get you from zero to hero.

The cool factor: Warm Caribbean water all year round!

Action Kite Caraibes teaches all levels of kitesurfing. Suitable for first time and advanced kiters. They also teach foil boarding, and have gear for every wind level. They launch from boat in a safe lagoon. With more than 15 years of kiteboarding teaching experience they can get you from zero to hero.

The cool factor: Warm Caribbean water all year round! 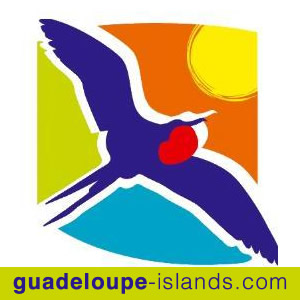 Guadeloupe, a French overseas territory, is a butterfly shaped island group in the southern Caribbean Sea. An excellent highway system facilitates getting around Guadeloupe by car, and boasts a network of hiking trails within the lush rain forest.

The cool factor: A Caribbean Island with a European infrastructure 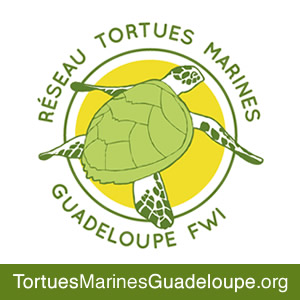 The Network Marine Tortoises of Guadeloupe also called RTMG was constituted in 1999 as a voluntary initiative in order to share the efforts and the data collected on the marine tortoises in Guadeloupe.

The cool factor: You'll be saving the coolest animal in the Caribbean! 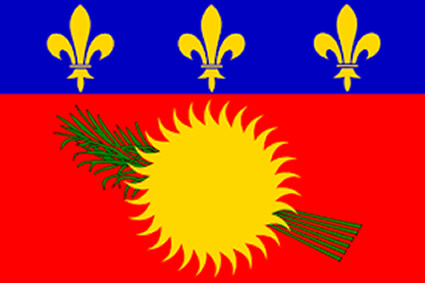 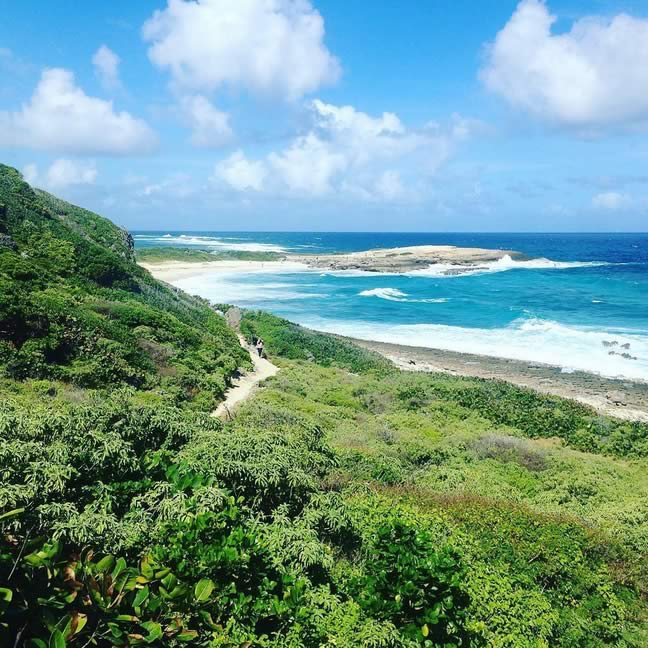 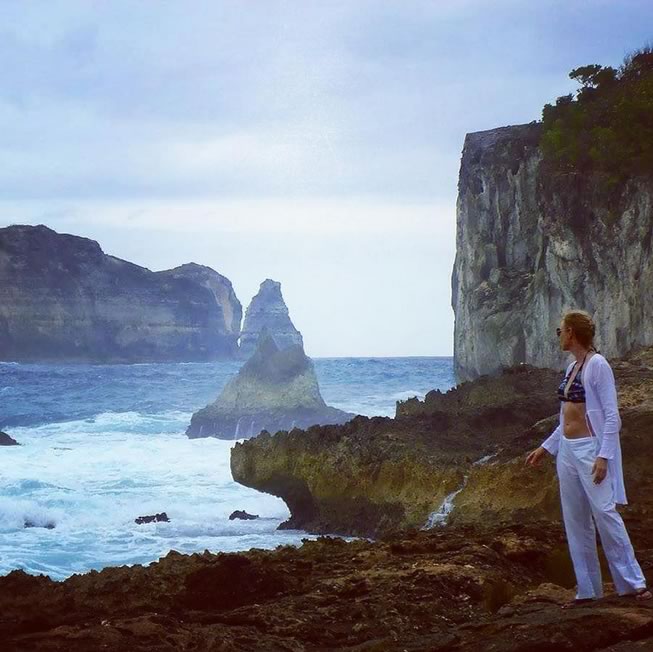 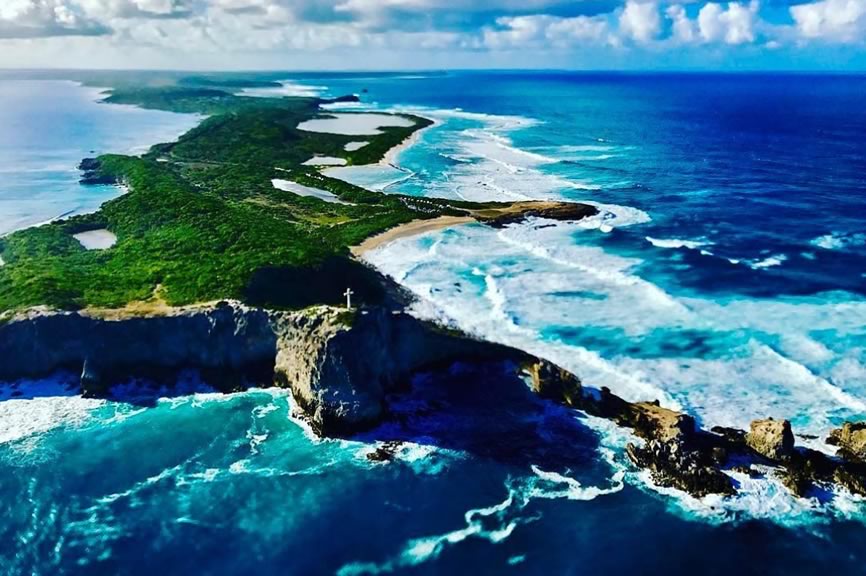 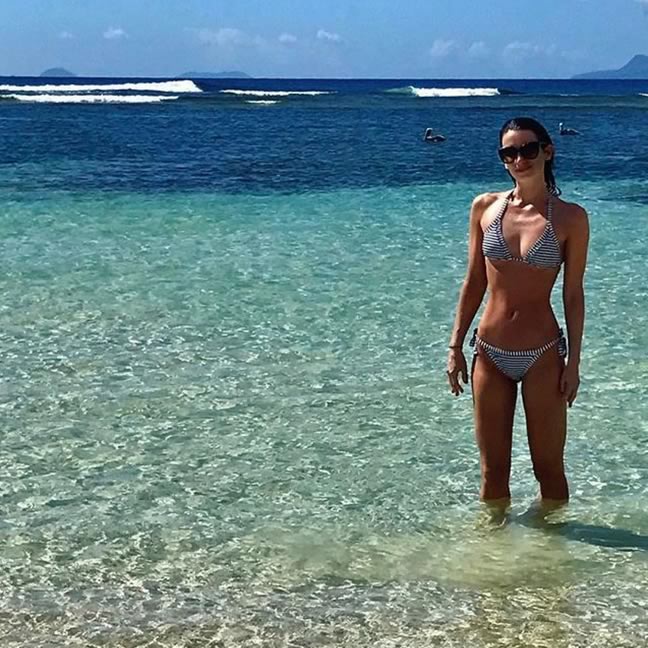 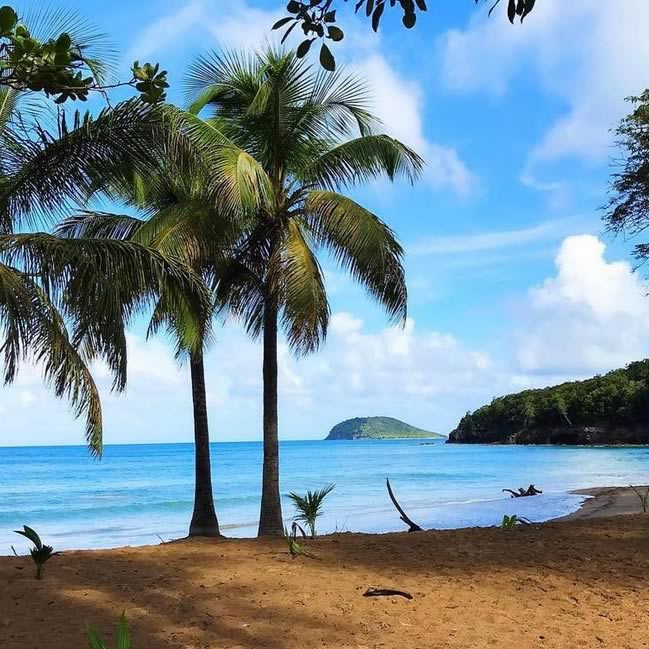 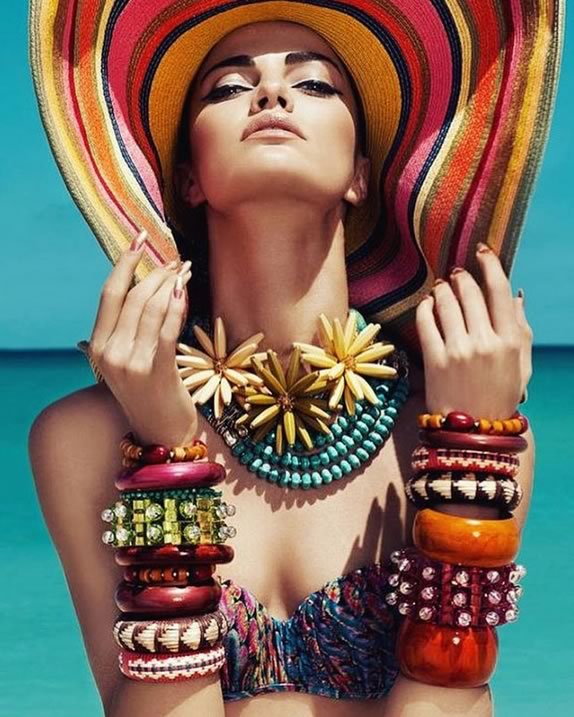 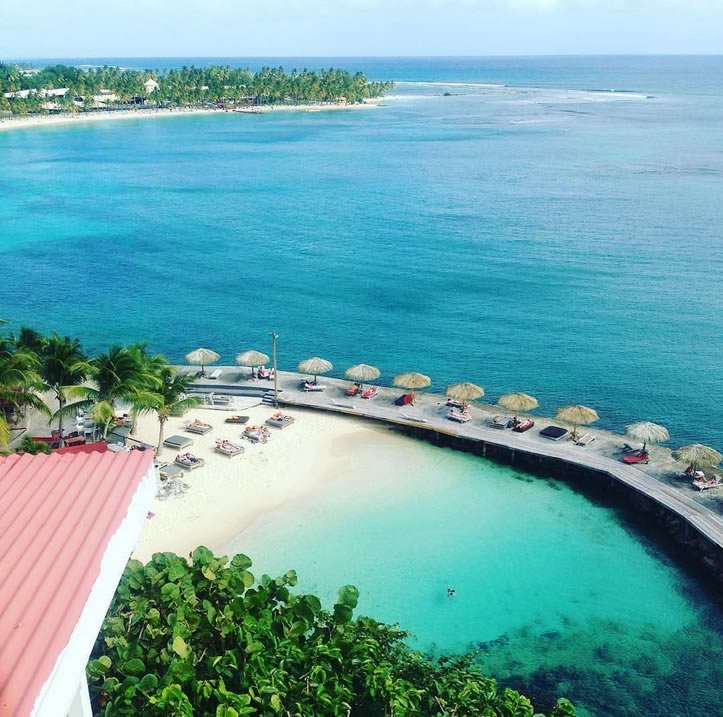 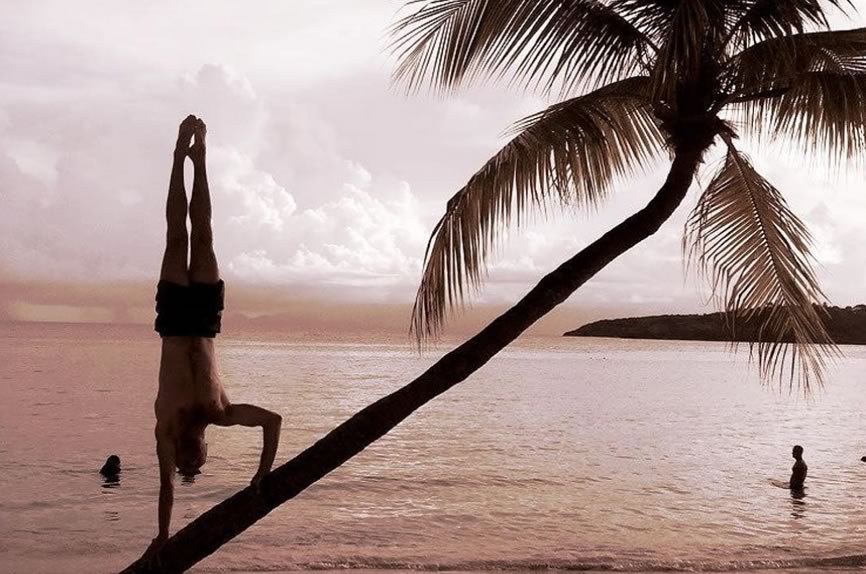 Welcome to Guadeloupe. This French overseas department, shaped like a butterfly, is an island group located in the Leeward Islands in the Lesser Antilles in the southern Caribbean Sea. The two largest islands are separated by the Salée River. View Map. Famous for its green, lush vegetation, Creole and French culture, and fascinating history.
Local Radio Click PLAY

You can read more articles on this island on our blog: CoolestCarib.com/blog and see the island's Photo Feature below. 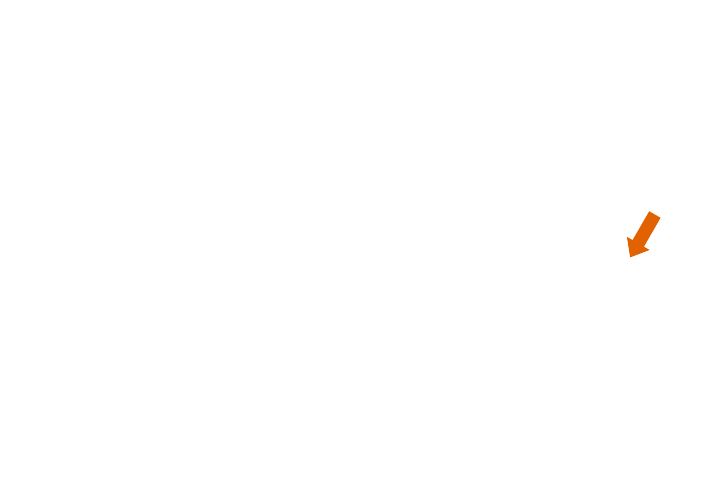 If you own a business in the Caribbean and need professional assistance with your website and social media, gandor.tv will create, maintain and promote it for you.

If you're interested in some facts of this island i.e. history, government, taxation, animals read the Fun Facts below

Marie Galante:
The biggest island out of mainland Guadeloupe.

Top Guadeloupe Beaches
Anse de Sainte Anne
A major tourist destination located on South edge of Grande-Terre. Excellent for swimming. Calm clear waters due to a few sandbars extending into the ocean. Enough shaded areas. Not overly crowded but quite active with sun bathers, snorklers, swimmers, kayakers and boaters. No restrooms on site but at businesses close by. The beach is walking distance just south of the city with enough parking spots if you go by car.

Creole Beach
The beach is located on the South West coast of Grande-Terre just outside Pointe à Pitr, 1 mile west of Gosier. A water sports center and the Creole Beach Hotel bar is on site with rentals of umbrellas and chairs. Creole Beach is very snorkeling and family friendly with restroom and shallow water for kids.

La Grande-Anse
Beach area is not developed, and therefore not crowded. Very peaceful and great for relaxation. Plenty of shade from the plenty of palm trees - a very exotic appeal. Heads up, the beach area has a steep incline into the water. And there are no restrooms, so not very children friendly. Two roads to the beach. One to the southern side is long and bumpy ride. The one to the north is much shorter. Great for surfing.

Plage Caravelle
Has protective reef. Snorkeler friendly. Located on the South West edge the island of Grande-Terre, 4.4 miles east of Gosier. Not too touristy. Very quiet and super for relaxation.

Plage de La Malendure
Located on the North edge of Basse-Terre in the vicinity of Mahaut. Although this is a big beach it never gets overcrowded. The beach has a concession stand and on a good day some mobile vendors, but no restrooms. Excellent for snorkeling and scuba diving.

Brief History of Guadeloupe
When Christopher Columbus visited in November 1493 Guadeloupe (then known as Karukera "Island of Beautiful Waters" were inhabited by Caribs who had driven out the original Arawak inhabitants.

Columbus consecrated the territory to Our Lady of Guadalupe of Extremadura in Spain. The Caribs stood their ground agains the Spanish troops and settlers in 1515, 1520, and 1523.

In 1626 the Spanish, who had established themselves on the coast, were driven away by a Frenchman Pierre Bélain (sieur d'Esnambuc), who established a trading company.

In 1635 the Frenchmen, Léonard de L'Olive and Jean Duplessis d'Ossonville, landed and established a colony. The colonists fought against the Carib Indians until 1640, but the colony kept on growing.

In 1644 slavery became institutionalized when slaves were brought for the sugar, coffee and other plantations.

In 1674 Guadeloupe was passed to the authority of the French crown and became a dependency of Martinique until 1775.

In 1703 Jean-Baptiste Labat the founder of the Basse-Terre colony armed the island's African slaves to fight against the English. He also established the first sugar refineries which lead to the economic prosperity.

In 1759 Guadeloupe was occupied by the British for four years, but restored to France in 1763.

In 1794 it was again occupied by the British and French royalists. But not for long. The French revolutionary official Victor Hugues took it back, abolished slavery, and had hundreds of white planters massacred.

In 1802 slavery was reestablished under Napoleon I's government in the French colonies causing a slave revolt where antislavery forces blew themselves up rather than surrender.

In 1810 the British occupied Guadeloupe again but was again restored to France in 1816.

In 1848 the final abolition of slavery was effected. During the reign of Napoleon III of France universal suffrage was abolished but restored in 1870.

In 1940 Guadeloupe allied with the Vichy government of Nazi-occupied France during World War II (1939-45).

In the 1970s, separatist groups became more violent and bombings on the islands and in Paris were attributed to Caribbean independence groups.

Girls with long hair remember to pack a hair band or head scarf when you go out day/night. Some islands are more windy than others. It can be a pain in the neck - literally!