Oistins. Friday night. Enjoying some delicious local fish? Bridgetown Fish Complex. Saturday morning. Choosing some fresh local fish to cook for Sunday lunch? Chances are that close to ¾ of the ‘local’ fish that you are buying and consuming is not even local. According to the Food and Agriculture Organization of the United Nations, approximately 70% of seafood consumed in Barbados is imported.

The fisheries sector, one of the established sectors within the Blue Economy is important for employment, livelihoods and food security. Barbados has a history and culture strongly linked to fish with fishing and associated activities having been integral components of the social and economic fabric of Barbados for years. Approximately 8,000 people are employed in this sector which accounts for ~6% of the labour force with over 1,000 active fishing vessels. Bajans also eat a lot of fish with consumption per capita being very high in the Caribbean region.

However in recent years, annual catches have declined with marine capture production being between 2000 – 2500 tonnes of fish, with flying fish, dolphin fish and yellowfin tuna contributing to the majority of landings. Lower catches and high imports are not the only threats that the fishing industry faces. In addition, overfishing and unsustainable fishing, land based and marine sources of pollution, coastal development and loss of coral reefs, changes in climate and the introduction of invasive species such as lionfish and the influx of sargassum further threaten the fisheries sector.

Some members of the clergy believe that Barbados should approach the legalisation of marijuana for medical purposes with a greater degree of caution.

Head of Mount Zion Missions, Reverend Dr. Lucille Baird, condemned what she called the sudden introduction of medical marijuana legislation as Barbadians were grappling with economic challenges. She accused the relevant authorities of “slipping it under the radar” while Barbadians were otherwise distracted.

“While Barbadians were under the aneathesia of the Barbados Economic Recovery and Transformation (BERT) programme, and anxious about the layoffs and the other issues associated with that, they got injected with legalised medical marijuana.

“What is worse is that this measure was introduced without any national referendum, town hall meetings or any other public discussion, and it can potentially cause long-term devastating effects on this nation, as other much bigger countries have experienced since making similar moves,” she charged.

BARBADOS. We have been to many islands, and not only in the Caribbean. So far Barbados, St Barth and Virgin Gorda seem to be the main celebrity playgrounds here. Barbados is just as beautiful as any other island in the Caribbean, so what makes it so special?

There are probably a myriad of reasons why it’s such a favorite with A-listers, but it could boil down to just sun, sand, sea specifically combined with direct flights from major cities like London and New York and high-end hotels aplenty on the island. That is, mostly on the west side of the island where it is quite “over-developed”, some would say.

Sandy Lane is a famous hotel, often hosting clients that are much more well-known than its name. Though quite pricey, if you want to see the likes of Michael Douglas and Catherine Zeta-Jones or Hugh Grant and Simon Cowell (of American Idol) while having your sundowners, you’ll get your money’s worth. Bajan born music celebs often seen here include Rihanna and Shontelle.

Once, we saw Rihanna walk down the street in Holetown, Barbados, in a bikini – like only Rihanna can! In fact, you can take a stroll on a street named after her in Barbados – called Rihanna Drive. It is actually the street where she stayed on and her childhood house can be visited. You can’t miss it – brightly painted to commemorate a big star’s humble beginnings. 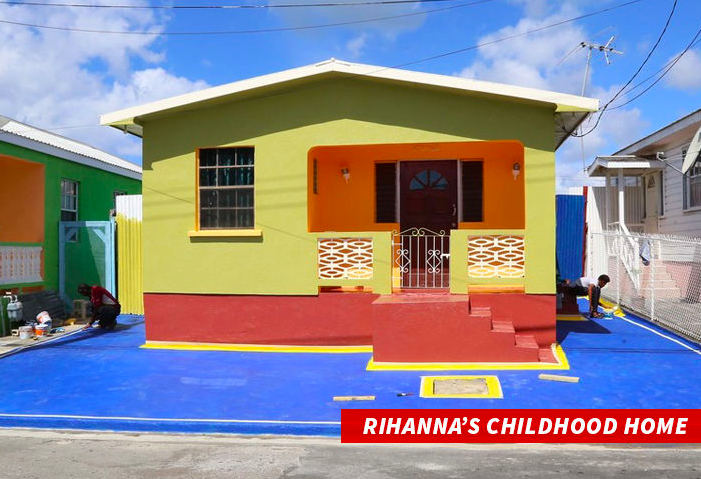 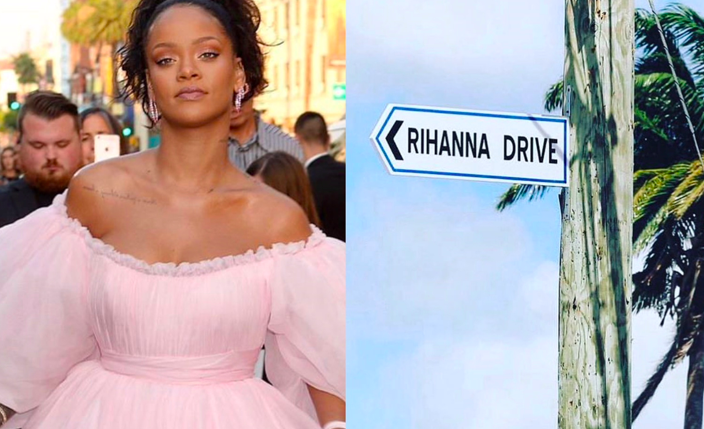 Unfortunately, if you want to view the house of Tom Selleck, Bill Gates, Cliff Richard or Elton John, you can only see the outside walls of their estates from the road.

The southern part hosts most tourist resorts, shops and restaurants, making it a very welcoming social scene. Its beautifully scenic and entertaining parts make it a must to explore these environs. Oistins, in particular, is an active fishing town, a hub of activity on weekend nights. On Friday nights it’s Fish Fry at Oistins Bay Gardens where the food is the main draw with excellent fish, (tuna, swordfish, marlin, mahi-mahi, flying fish), lobster, chicken etc. served in an informal setting. Your dish is cooked on the spot in front of you, and you can choose between grilled or fried depending on the vendor. Nice!

Should you be more attracted to the laid-back, tranquil section of an island, the eastern part is for you. People who love surfing and kite boarding frequent especially the Silver Sands beach area or Long Beach, minutes’ walk from each other. This is the Atlantic Ocean side, so the sea is a tad more wild, which makes for an interesting wave riding and wave jumping experience if you’re into kite surfing. Silver Sands in particular is 100% set for kiting with accommodations right on the beach. A kiter’s haven! Any given day you’ll see about 25 kiters doing their thing. Actually, it’s a spectacular sight having those colorful kites parked on the beach or speeding off towards the waves. You’ll see professional athletes among students who are being taught. Apparently it’s a highly disciplined sport and those who partake are very respectful – so we’ve heard.

For day trippers from the cruise ship dock in Bridgetown, a taxi could cost you $75 for about 5 people there and back – not bad. But if you’re alone, get yourself to the taxi ranks, downtown, and ask for the number 11 Route Taxi. It’s a 10 minute walk from downtown to the route taxi ranks, but it’s ony US$1 (yes, one US dollar) for a forty minute ride to Silver Sands. If you want to meet the real locals and share the taxi with about 10 other Bajans heading in the direction of Silver Sands – do it – it’s a thrill ride.